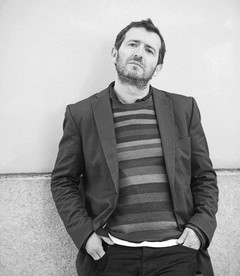 Lou Lepori took part in the Master's degree course in Theatre - orientation Stage Direction between 2015 and 2017, finishing it without obtaining his diploma.

Lou Lepori is an author and translator, journalist for Swiss radio; born in Lugano in 1968, he has published essays, poetry (Schiller Prize 2004) and four novels, in Italian and French, self-translation being a constituent practice of his creative process; some of his books have been translated into German and English. He is a translator of theatre and poetry (Laederach, Roud, Ponti, Lonati, Pirandello) and mentors writing at the Berne University of the Arts (HKB). He is the editor of magazines - Feuxcroisés, Viceversa Letteratura - and founded Hétérographe: revue des homolittératures ou pas.

He holds a degree in literature (University of Siena) and a doctorate in theatre science (University of Bern). He was the Italian editor of the Dictionary of Theatre in Switzerland (Chornos). After training as a stage director at the Manufacture (Haute école des arts de la scène) between 2015 and 2017, he directed Sans peau (Théâtre 2.21, 2016); Les Zoocrates (Opéra de Lausanne, 2017, with François Renou); Klaus Nomi Projekt (book-cd and performance, 2018-2020), Le Voyageur insomniaque (Théâtre 2.21, 2022).